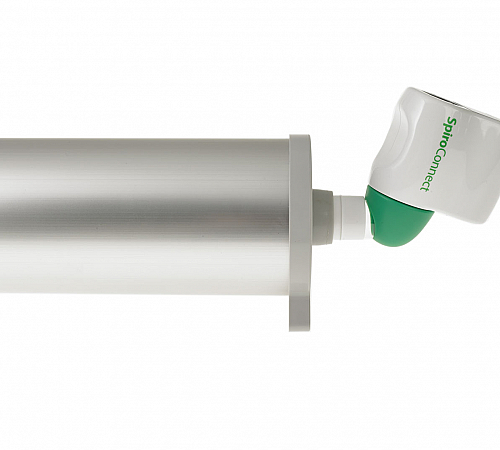 Turbine spirometers are characterised by extremely stable calibration1,2. In contrast, other types of spirometer transducer may be sensitive to environmental factors and contamination3.

Study 1 - (see References section below) showed that over 2 years of daily use the variation of the turbine calibration was only 1-2% for syringe calibration and 0.5-1% for calibration on a gold standard decompression calibrator.  This variation over 2 years is comfortably within the accuracy requirements of the ATS/ERS standardisation of spirometry of +/- 3.5%.

Study 2 - reported the effects of altitude on lung function during a Mount Everest expedition.  A turbine spirometer was selected for the study as the calibration would remain stable even under extreme environmental conditions.

Study 3 - examined the change in calibration of a Fleisch Pneumotach spirometer (Vitalograph) under normal working conditions.  It found that the calibration could change by 3-5% after the first blow and up to 5-9% after five blows.

SpiroConnect is the latest generation of turbine spirometer, designed by Chris Lawson, inventor of the turbine spirometer in 19824 and Micro Medical’s Technical Director for 27 years. He designed the widely used MicroLab, MicroLoop and SpiroUSB spirometers. His latest design, SpiroConnect, now has a vertically orientated turbine for improved flow sensitivity making it more accurate than his previous designs.

The SpiroConnect software has a built-in calibration verification routine allowing users to follow the current guidelines.  It is important to note however, that unlike some spirometers on the market:

What does this mean for clinicians using SpiroConnect?